Research has shown that as we learn new things, our brains create new connections. It’s called neuroplasticity, and it means we have the ability to change our brains.

In addition, through a process called neurogenesis, we can create new brain cells all the way up to the time we die.

Your brain’s ability is not a fixed thing. It can flex, stretch, adapt, and grow.

Want to improve your brain?
The dude to know is Jim Kwik.

Jim Kwik is a mental coach. He helps people hack the learning process. When you want your brain to perform at higher levels, you call would call him. 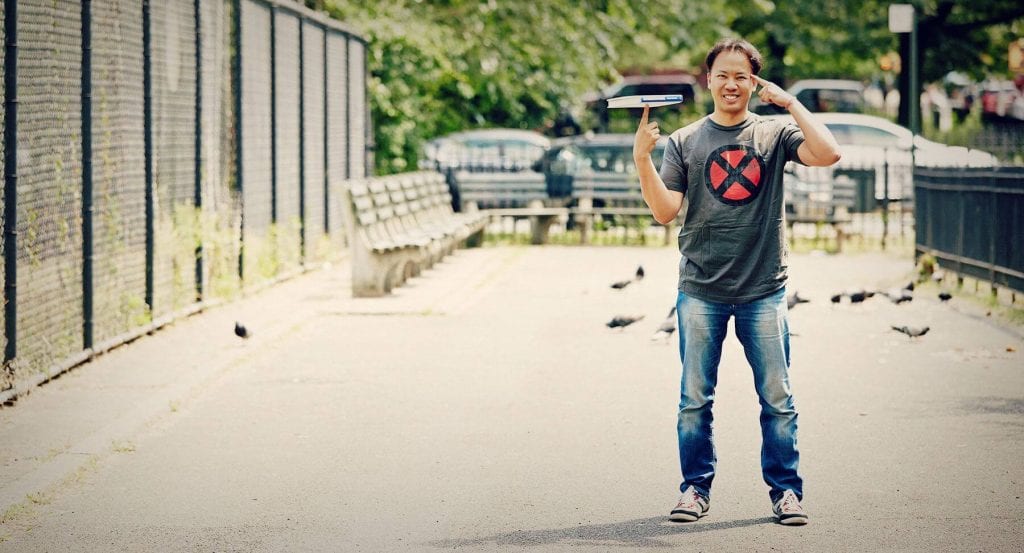 Jim travels and speaks about brain performance all around the country. He does crazy stuff at his seminars.

Then he will recite them. Backwards and frontwards.

YOU can improve your brain

When Jim was five years old he took a really bad fall, head-first into a radiator.

He was knocked unconscious and bleeding everywhere. He had to be taken to the hospital. He had to get stitched up.

After his accident, he started having challenges. He couldn’t understand what people were saying to him all the time. Things just wouldn’t register. He couldn’t focus very well. It even took him an extra two years to learn how to read.

As a result, Jim felt like he was broken, but was afraid to tell others about it. Instead, he kept to himself, and quietly suffered alone.

Today, that same boy who struggled with learning challenges so long ago, now shares the stage with educational superheroes like Sir Ken Robinson, Peter Diamandis, and Stephen Kotler.

Here are 5 ways you can start to improve your brain performance right now:

Thoughts are powerful tools for expanding your abilities. Your thoughts affect your state of mind, and when your thoughts feast on negativity, it ruins your ability to relax, enjoy and learn.

Your brain is like a supercomputer and your thoughts are like the programs that run it. If you tell yourself you don’t remember names, it will run the program, and you won’t.

If you’re unsure about what you think about the philosophy of how your thoughts change your life, maybe a distinction can help.

Changing your thoughts is not about tricking yourself, or lying to yourself about your situation in order to escape, or live some fantasy.

This is about harnessing your thoughts because they have the power to change your capability.

We live in a culture that inundates us. We have 60,000 thoughts a day. But most of us use them on the same thoughts as yesterday.

Do not fall into the trap of “learned helplessness.” Instead, focus on leveraging your thoughts to empower your life and expand your abilities.

In one of the most-read Fast Company articles of 2014, Buffer co-founder, Leo Widrich breaks down what is actually happening in our brain when we exercise:

“If you start exercising, your brain recognizes this as a moment of stress. As your heart pressure increases, the brain thinks you are either fighting the enemy or fleeing from it. To protect yourself and your brain from stress, you release a protein called BDNF (Brain-Derived Neurotrophic Factor). This BDNF has a protective and also reparative element to your memory neurons and acts as a reset switch. That’s why we often feel so at ease and things are clear after exercising…”

Below is an image from that same article showing how active your brain is after you exercise as compared to before:

Anything that makes your heart healthy, makes your brain healthy. Here are some prominent people who have found beneficial links between exercising and brain activity:

Your brain is filled with ideas that can help people and influence the world, but they’ve got to be teased out. Exercising is a good way to do this.

AND You don’t have to be a body-builder, an olympian, or a marathoner, to start exercising. Just get out there on the dance-floor.

For those with ADHD, a key factor in improving cognitive performance and ability is making sure your environment is organized and clean. It helps your brain get the breathing room it needs so you can think better.

It is helpful to understand how clutter happens. We collect things for a variety of reasons:

1. We think we’ll need it later on,
2. It has sentimental value, or
3. We spent a lot of money on it and end up keeping it longer than we should, etc.

The reality is, we likely made a miscalculation in buying those things. But here’s the kicker: it literally causes pain in your brain to come to terms with that fact.

In a 2012 study, Researchers at Yale found that for many people, letting go is painful. They identified that the two areas in your brain associated with pain, the anterior cingulate cortex and insula, light up when letting go of items you own and feel a connection towards. 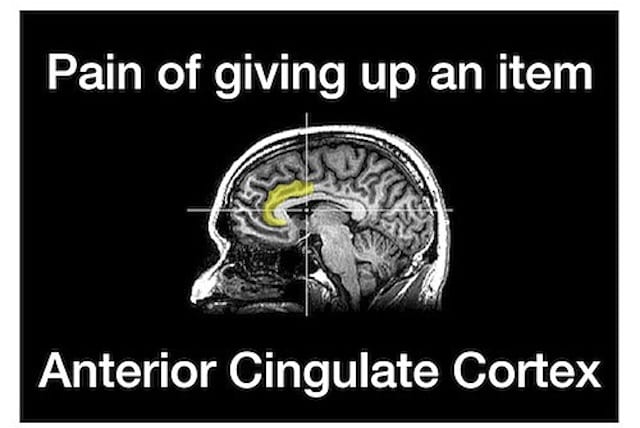 This explains that moment when you’re about to throw away something you know you should, but then you hesitate. It’s because it’s painful.

The more invested you are in an item–whether emotionally or financially–the more attached you feel, and the harder it is to let go.

Arianna Huffington, in a TED talk from 2010, thinks that sleep could be the key to unlocking a billion ideas laying dormant inside the brains of people all around the globe.

In another TED talk called, “Why Do We Sleep?“, circadian neuroscientist Russell Foster calls sleep the single most important behavioral experience humans have in their lifetime.

And though it seems our bodies completely shut down when we sleep, there are parts of the brain that are actually more active during sleep than when we are awake. Foster further breaks down his favorite theory for explaining what exactly is happening when we sleep by linking it to our brain’s function.

Foster explains that, “What’s turned out to be really exciting is that our ability to come up with novel solutions to complex problems is hugely enhanced by getting a night’s sleep, and in fact, it’s been estimated to give us a three-fold advantage.

What’s going on is that in the brain, those neural connections that are important, are linked and strengthened, while those that are less important tend to fade away.

Our brains thrive on novelty, and it’s wired for connecting. The more neural connections you have, the smarter you can be. The smarter you are, the better equipped you are for influencing the world in positive ways.

You know what they found with Einstein’s brain?

A team of scientists found that Einstein’s brain had more glial cells relative to neurons, and especially in the the left inferior parietal area.

So, let’s break this down further:

Firstly, glial translates as “glue” in Greek, and a glial cell’s job is to protect and maintain connections of neurons and cellular networks.

What does this all mean?

It means your cognitive ability isn’t just a function of the number of glial cells. It’s also about the number of connections between them.

That’s what they found in Einstein’s brain, increased connections.

So what do we do about it? Make new connections by learn something new.

Put yourself in situations where you are learning on a daily basis, whether that’s through books or relationships, or better yet, both.

Podcasts are an incredible resource for learning new things. Some of my favorite are, Snap Judgement, The Moth, and the wonderful Death Sex and Money with Anna Sale.

Each of these podcast offer stories of people that are sometimes similar, and sometimes vastly different than my own.

Since our brains thrive on novelty another way to make new connections is breaking your routine. Ask yourself, “what can I do this week that’s totally out of the ordinary?”

Doing this daily, is the way to use the plasticity in our brains and start growing new neural connections.

These are are just 5 of the 10 tips that Jim Kwik recommends to focus on in order to improve your brain performance and enhance cognitive ability, and start unleashing your brain’s superhuman power.

To hear all 10 listen to Jim Kwik’s amazing interview with James Altucher here.

8 Tips To Remember What You Read

What are your tips for improving brain performance?
Let us know in the comments below!